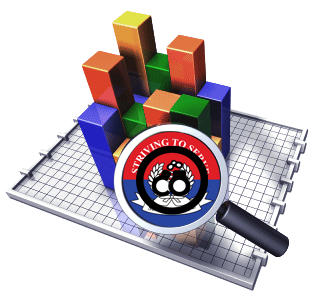 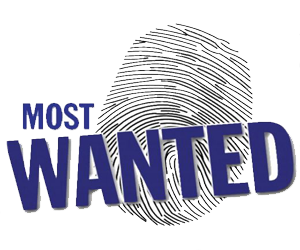 The modern police structure took its birth in early 19th century and since that time the work is expanding and becoming complex and demanding. A professionally designed policing structure is a basic necessity of the modern day society where police is supposed to be the prime law enforcing agency to maintain law and order in the society without violating basic human rights.
The history of modern day Sindh Police can be traced from The British Rule. The British merchants formed the East India Company in 1600 and established factories in Surat, Calicut and Masaliputam in Bengal during the Mughal Empire era. Sir Charles Napier was highly inspired by the Irish Constabulary model, which according to him was the best-suited policing model for a colonial state like India.
The police force organized by Napier was separate and self-contained force exclusively meant for maintaining public order and prevention and detection of crime. The events, in and after 1857 completely transformed the perspective of the liberal and civilized reformists. The checks and controls over police were termed as imperative and compelling necessity in order to effectively suppress the natives and to keep Policemen subjugated in order to avoid any future mutiny.
Hence it was suggested that judicial and police powers should be placed under the supervision of the district officer. For this purpose, a police commission was constituted on 17th August 1860. The commission, after a series of consolations with all stakeholders and prolonged deliberations, recommended a number of propositions to organize the police in India on uniform basis.
On the basis of recommendations of the commission, Sir Bartle Frere, the then Home Member, introduced the bill in the Imperial Legislative Council on 29th September 1860. The bill was passed into a law as Act V of 1861, on 22nd of March 1861 by the Legislative Council. At present Sindh Police is working under The Sindh (Repeal of the Police Act, 1861 and Revival of Police Order, 2002) (Amendment) Act, 2019.

The Sindh Police is one of the largest organizations of Sindh Government with manpower of more than one hundred thousand. Under the Sindh Police Repeal Act the highest rank of police officer is Inspector General of Police (IGP), who heads the police department in the province, with Additional Inspectors General, Deputy Inspectors General, Senior Superintendents and Assistant/Deputy Superintendents serving directly under him.
These subordinate officers supervise police functioning within a clearly demarcated part of the province known as a region, range, district or subdivision. The Central Police Office, Karachi is the provincial headquarter of Sindh Police. It is the place where the system of Sindh Police is planed, administered and observed. CPO has many branches i.e. Establishment, Administration, Operations, Finance, Welfare, Legal, Training, Estate Management Logistics, etc.
Each branch is headed by designated officers either DIsG or AIsG with specified functions. The Inspector General of Police, Sindh is the overall in-charge of all these branches other than the field formations such as Regions, Ranges, Districts, and Specialized Units etc.
The Central Police Office operates as the nervous-system of the provincial police and is responsible for policy formulation, its implementation, and revision on the basis of various factors, transfer postings and smooth functioning of the organization. For administrative purposes, Sindh Police is divided into various field formations i.e. police posts, police stations, subdivisions, districts, ranges, zones, and regions.
At the outset, Sindh Police Field Formations can be categorized into three categories including Karachi region, Hyderabad region and Sukker region, Karachi region consists of three zones, CIA, Traffic Police, Security, Foreigner’s Security Cell and Courts Security. Each zone, CIA and traffic police is headed by a DIG while districts and security units are headed by SSsp and SsP.
Hyderabad region has three region and fifteen districts while Sukkur region comprises of two ranges and eight districts. Ranges are headed by DIGs and districts are headed by SSsP/SsP.
Further, there is the Counter Terrorism Department, Investigation Branch, and Special Branch. Some of these units report directly to the IGP while others report to him through the additional inspectors general of police.

"To uphold the rule of law, respect for human rights, Ensure safety and security of the citizens"

"Provide Professional Service with High Degree of Excellence, Based upon the Principles of Fairness, Integrity, Honesty & Respect for Human Dignity"

The Sindh Police in pursuit of its mission, believes in providing quality service with the highest possible degree of excellence, based upon the principles of fairness, integrity, honesty and respect for human dignity. Employees are reminded to familiarize themselves with the mission statement, statement of values and vision of success and to embrace these goals as we collectively strive to provide the most effective police service for our citizens.